You are here: Home / McLean/Frith/Brimlow/Brown / Barking up the Right Tree

Making Sure You’ve Got the Right Family & Place

From the mailbag – “How can you be so sure you have the right people?”

In this particular case it’s pretty easy. Every “Brimlow” in New York City or Brooklyn that appears on the 1840, 1850, and 1860 Federal Census is part of this family group by birth or marriage. In fact, they are the only Brimlows at all on the 1840 and 1850 in the United States. The Brimlow in Orange, New York (1840) is actually a Timlow. There are Bromlows in Kentucky (both English and German), Bramlows in Ohio, as well as Brumloo and Brumlows in several southern states. I found no Br?malows, Br?melows, or Br?milows. The ? = any single letter. By 1860 there are only about 30 people named Brimlow who show up on an Ancestry search – some of whom are from Germany. There are only 18 who show up on FamilySearch. There’s one Bromilow (Edwd E. 1834 England in Chicago) and a John Brimelow in New York City that I chased far enough back to know he’s not ours. That’s it other than the Bram and Brum crowd.

So, yeah… I’m sure I have the right people.

As for the location – I used to think I was really put-upon by having family in New York City. Just five years ago, there were few online records available. Researching BMD (birth, marriage, death) meant a trip to Salt Lake City because you had to go through the those indexes on film to locate the dates and certificate numbers, and then go to the film that held those dates and numbers. I spent days doing something that now takes me minutes thanks to combining the indexes on Ancestry and the records transcribed on FamilySearch. I’m also lucky enough to be in a place that did the mid-decade census so there is a New York State Census online at Ancestry for 1855, 1875, 1892, 1905, 1915, and 1925. God bless that 1892 census. And there is also The Brooklyn Daily Eagle – free and online through the public library at this link.

Also, Fold3 has decades of city directories for New York City and Brooklyn. I was able to follow the family and track their business and home addresses. Google Maps allows you to create maps so I pinpointed the locations on a modern map. 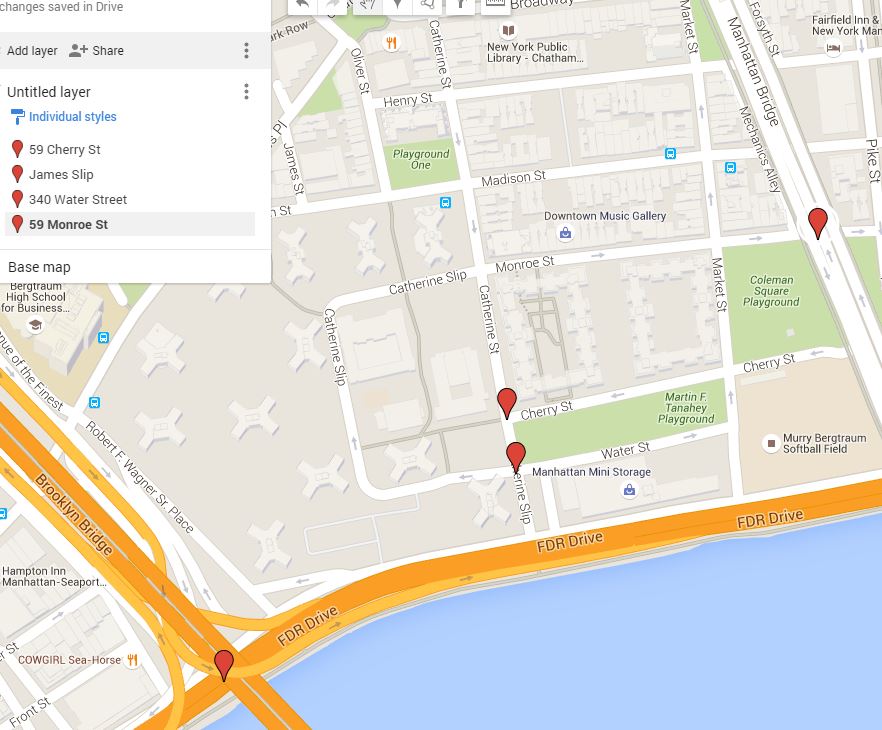 This led to questions about the address of 16 James Slip. Many people have transcribed the directory address as “street” but it’s clearly “slip.” So it was off to do more research. The slips are well known in New York and were the small wharves and docks that extended into the East River. The larger ships in the harbor would discharge their cargo on barges or lighters and those smaller ships would deliver the cargo to the slips. 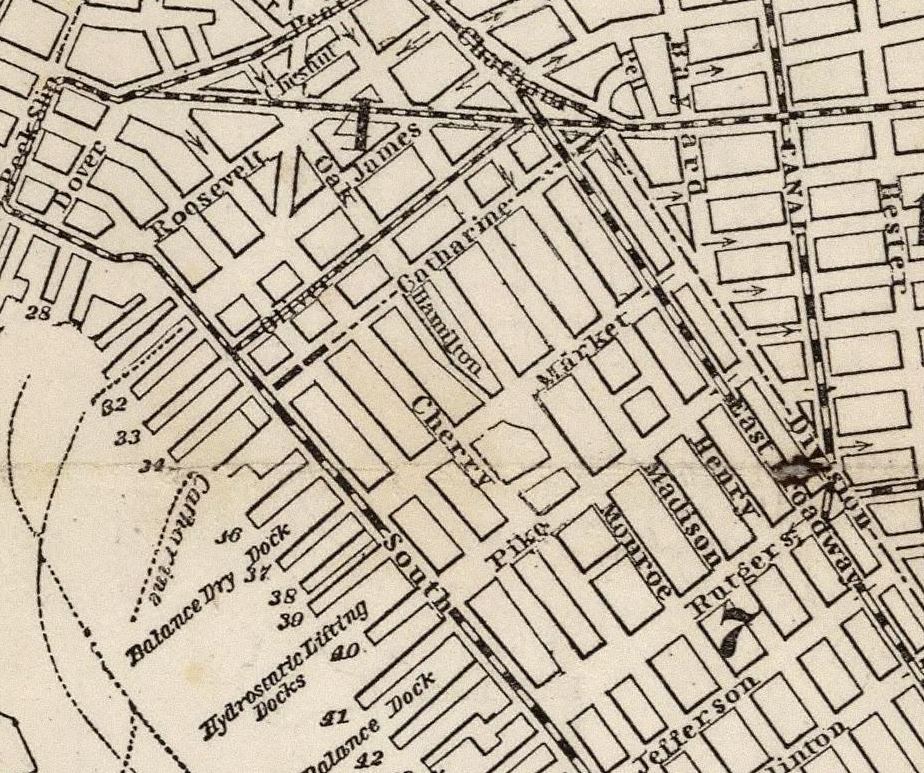 Most of the slips were filled in as land prices skyrocketed, but the names remain. Here are some great links to more information and some terrific pictures. Ephemeral New York and untapped cities have some great pictures and illustrations along with terrific information.

I also became fascinated by the family’s move to Brooklyn. The commute between Brooklyn and Manhattan in the 1860s was accomplished utilizing any of a number of ferries that plied their trade. Even though he didn’t live to see its 1883 completion, I have no doubt William Brimlow watched the beginning of the construction of the Brooklyn Bridge in 1869 with more than a little interest. Perhaps there was also a mixture of excitement and sorrow as some of the addresses occupied by his family or used for his business disappeared with the building of the Brooklyn Bridge. 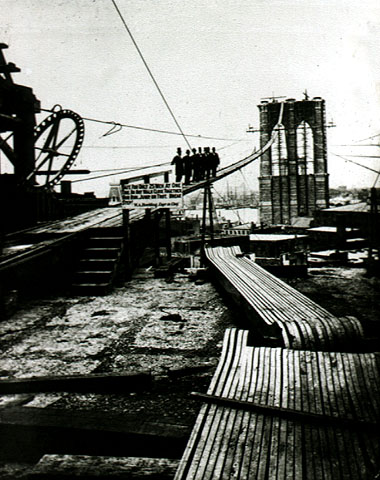